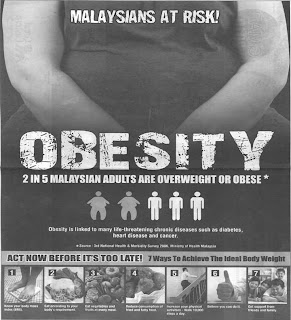 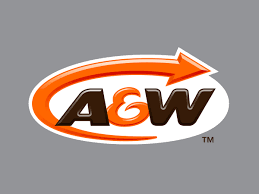 The recent measure of the New York City Board of Health to ban the sale of large sugary soft drinks has turned the attention to a global problem: Obesity is on the rise, and also in Southeast Asia, where growing wealth makes people fatter.

Among Southeast Asian nations, Malaysia is the one with the highest rate of obese people, who are defined as having a body-mass-index* higher than 27.5.

One in six Malaysians are either overweight or obese, according to the Malaysian Health Ministry. And the prevalence of obese people is still on the upward trend, says Datin Paduka Santha Kumari, chairman of the Selangor branch of the Malaysian Diabetes Association.
“Malaysia is leading in the prevalence of obesity among Southeast Asian countries. Almost one in two Malaysians are either overweight or obese, placing them at a high risk for diabetes,” Kumari said.

A recent study showed that 22 per cent of Malaysians above the age of 30 were also diabetic patients.

Deputy Health Minister Datuk Rosnah Abdul Rashid Shirlin said: “We view this matter seriously because an excessive intake of sugar could lead to various complications including diabetes.”
According to the study, the daily sugar intake among Malaysians was too high, at 51 grammes, which is above the World Health Organisation recommendation of 50 grammes.

Interestingly, university studies revealed that women in Malaysia were statistically more obese than men, with a higher rate among Indian and Malay women compared to Chinese women.
Globally, South East Asia and the Western Pacific region are currently facing an epidemic of diseases associated with obesity such as diabetes. India has the highest number of people with diabetes in the world and China occupies the second position. Systematic national data on prevalence of obesity is not available from any Asian country. Wide differences exist in its prevalence.

According to WHO statistics, Thailand has the second largest number of obese people in Southeast Asia despite the traditional and generally healthy diet of rice, fish, chicken and vegetables in the country. This food mix has not disappeared but is seriously threatened by the availability of  snacks and “convenience” food. It should also be noted that Thais, along with other Asian nations, prefer higher-calory white rice as opposed to the more healthy brown types.

In many developing regions in South Asia and Asia-Pacific, both obesity and undernutrition coexist mainly due to wide socioeconomic disparities. An example of an Asian country with both undernutrition and overnutrition paradox is the Philippines. While more than 30 per cent of preschool and school children were underweight, less than 1 per cent are overweight. However, more than 15 per cent of adults suffer from obesity.  The relationship between obesity and poverty is complex. In the world’s poorest countries, poverty is associated with malnutrition and underweight whereas, in middle income countries, it is associated with an increased risk of obesity.

Unlike in the US, where fast food is perceived as time-saving and cheap and often the preferred meal of the working poor, in Asia places like Burger King and Pizza Hut are the fare of choice for those with dispensable incomes. For a regular factory worker in Vietnam who makes around $5 a day, eating at KFC is completely out of the question. For those who can afford to eat at one of Pizza Hut’s air-conditioned restaurants in a shopping mall in Hanoi or Saigon, however, eating is part of the experience. The other part is equally, if not more, important: Consuming American fast food is the proof of one’s economic status in the world.
China is home to more than 380 million-plus people with weight problems. And recent studies indicate that the problem is especially prevalent among youth. In 2005, there were 18 million in China who were considered obese. In 2011, that number jumped to 100 million.

In this regard, Vietnam too is catching up with China. While 28 per cent of rural children suffer from malnutrition, according to the country’s National Institute of Nutrition, 20 per cent from urban areas suffer from the opposite, obesity.

* The body-mass-index is a measurement obtained by dividing a person’s weight in kilogrammes by the square of the person’s height in meters. 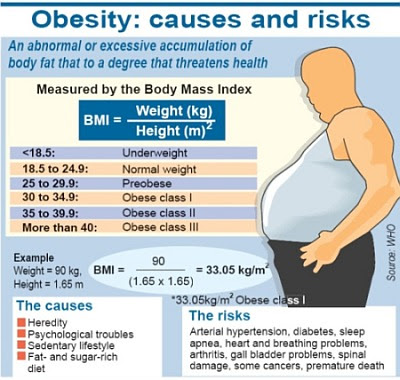 Root cause of obesity

APART from the premature acquisition of adult diseases like hypertension, heart disease, diabetes and even cancer, childhood obesity can also lead to poor self-esteem, depression and psycho-social problems in adulthood.
The battle against childhood obesity must be fought on all fronts that engage parents, communities and involve resources from the public and private sector.
In the United States, Congress has described childhood obesity as the worst health crisis and slammed a tax on sugary drinks to combat it, and schools have banned junk food from vending machines and even chocolate milk from the canteens.

When we were students we used to come back from school pre-TV days, throw our school bags in a corner and whizz outdoors for games.  But what do we see nowadays? Students have become sedentary, throw themselves in front of the TV or play video games on their computers.  Surprising as it may seem, research has shown that obesity in children has its roots well-programmed into them even before they are born

Mothers must quit smoking if pregnant. Smoking mothers produce underweight babies and ironically these babies go on overdrive soon after and end up as obese children.
It has been established that breastfeeding cuts the risk of obesity in children by 35%.
There is significantly higher plasma concentration of insulin in infants who have been bottle-fed compared to infants who have been breast-fed and these higher concentrations propagate fat deposits and contribute to obesity.
What this implies is that we must improve the health of expectant mothers instead of simply attempting to solve the problem of overweight children.
A study conducted by scientists in Britain, New Zealand and Singapore showed that what a mother ate during pregnancy “could change the function of her child’s DNA through a process called epigenetic change. Babies with a high degree of epigenetic change were more likely to develop a metabolism that lays down more fat and become obese”.
The study also discovered that the effect was not linked to either the mother or the baby’s weight at birth, suggesting that a slim woman could deliver a small baby who may go on to become obese because of changes triggered by diet in the womb.
Some parents force their infants to eat. Children must be given free leeway to eat according to their appetite. 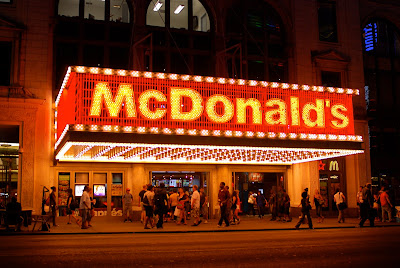 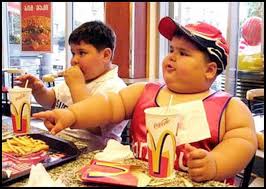 Parents must provide a balanced diet with ample fibre limiting to 30% or less derived calories from fat. They may substitute skimmed milk for whole milk at the age of two and must not offer sweets as a reward for finishing a meal. Meals should not be pre-prepared and emphasis must be on leafy green vegetables reinforced with fruit.
Our parents must take the cue from Michelle Obama who has launched a campaign nationwide called “Let’s Move” stressing the importance of physical activity for all children, limiting hours of TV viewing and computer games.
Pharmaceutical weight reducing drugs and surgery should, generally speaking, be avoided in the management of childhood obesity.
Childhood obesity in our country is an alarming epidemic and, if not checked, our children will die at a younger age than us.
Dr A. SOORIAN,
Seremban.
Ref: http://thestar.com.my/news/story.asp?sec=focus&file=/2011/4/23/focus/8540399

Sleep Your Way To Weight Loss


Over a 10-year period from 1996, the prevalence of obesity among Malaysian adults has escalated by a staggering 250%. That has put us on the top spot where we are the first among Asean countries with the highest number of obese adults. When ranked among Asian Pacific countries, we are in the sixth! That's not something to be proud of. This is worrying as the number has more than tripled over a decade, according to the National Health and Morbidity Survey in 2006, from 4% in 1996 to 14% in 2006.

Among the many contributing factors, the one that is often overlooked is lack of sleep. Sleep time is often sacrificed when we are too caught up in trying to balance work, family and recreation. According to the Philips Index for Health and Well-being: A Global Perspective Report 2010 which was published last November, among the 800 Malaysian adults who were interviewed, 81% of them said that they did not get enough sleep at night.
We are faced with two parallel trends which is increasing in body mass index (BMI) and decreasing sleep hours. It is no coincidence as many studies have shown the correlation between the two.Study after study shows that lack of sleep (less than seven to nine hours of uninterrupted slumber) is making us pile on the pounds.
A recent research from Uppsala University shows that acute sleep loss (one hour sleep lost than the usual one night of normal sleep) influences the brain region which controls our appetite sensation thus increasing the desire to eat. In modern society where insufficient sleep is a growing problem, this somewhat explains how poor sleep habits can affect people's risk of gaining weight in the long run.
So, reboot and rejuvenate. Get at least seven and eight hours of sleep each night to maintain good health and most importantly to combat obesity. Remember though, napping does not count as it cannot be substitute for night time sleep to prevent obesity.
Ref: health.mylaunchpad.com.my 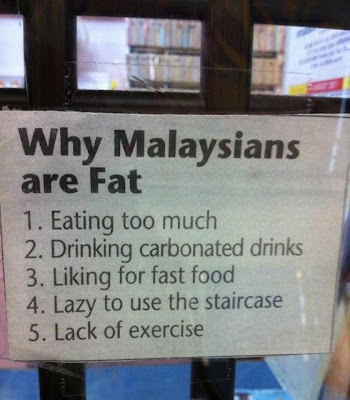 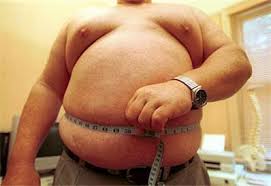 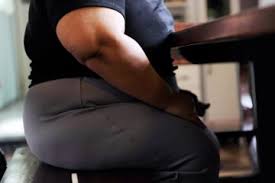 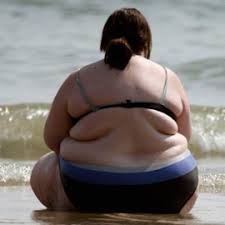 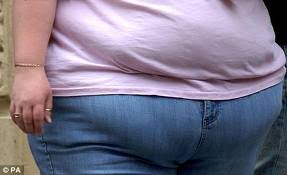 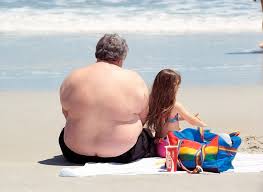 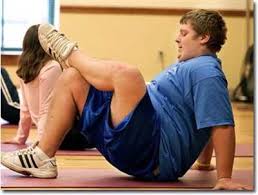 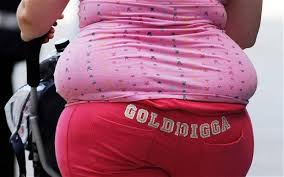